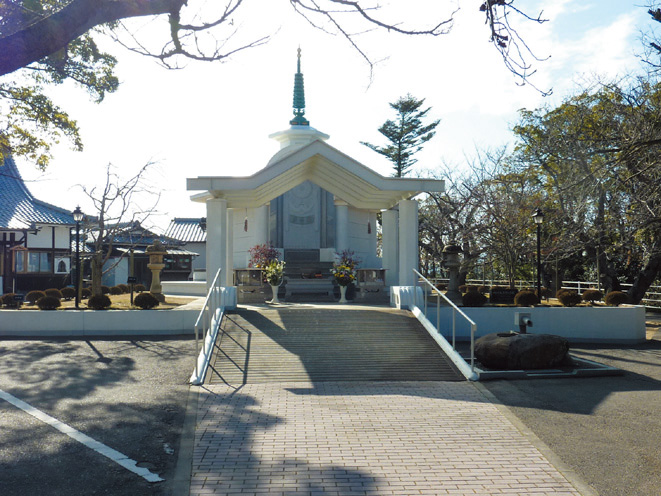 The original ossuary was built through donations by the Women’s Association of Kyoto’s Nishi Honganji Temple in 1942. It was an unusual building because, since it was built during World War II when metal was scarce, bamboo was used to reinforce the concrete. The body was shaped in the form of Buddhist hexagonal temple and the roof had five-story pagoda. In 1993, the present ossuary was enlarged using new methods of construction. The ossuary houses ashes of the inmates, regardless of their religion. After the abolishment of the Leprosy Prevention Act in 1996, some families took some of the ashes home with them. Today over 3200 people rest here, including those from Sotojima Sanatorium, the predecessor of Oku Komyoen.