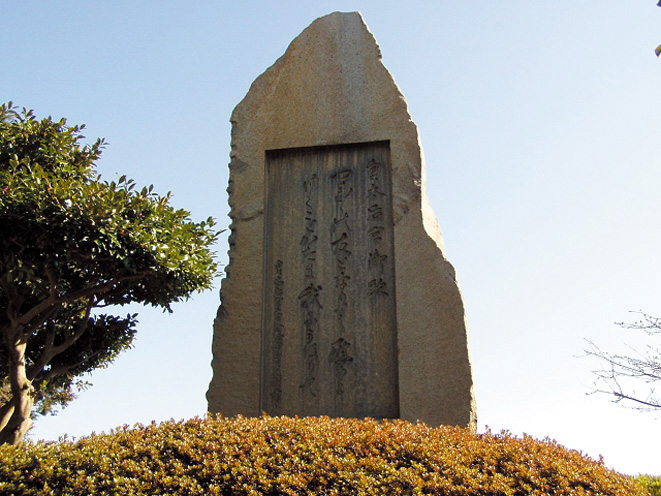 The poem read by Empress Teimei at the Miutakai※held in Kyoto Omiya Imperial Palace on 10 November 1932 is carved on this monument. At the time, such poems were unheard of in the history of Hansen’s disease in Japan. This monument was built with donations collected by students from 171 schools in Kyoto, Osaka, Hyogo, Nara, Mie, Shiga, Gifu, Fukui, Ishikawa Toyama, Tottori, and Wakayama Prefectures in commemoration of the 2600th anniversary of Emperor Jinmu’s accession to the throne. The monument is made from a natural stone, 3.6 meters high, 1.8 meters wide and 0.6 meters thick, quarried in Kagawa Prefecture.

Miutakai is an event to recite classical Japanese poems held in the Japanese Imperial Palace Court.