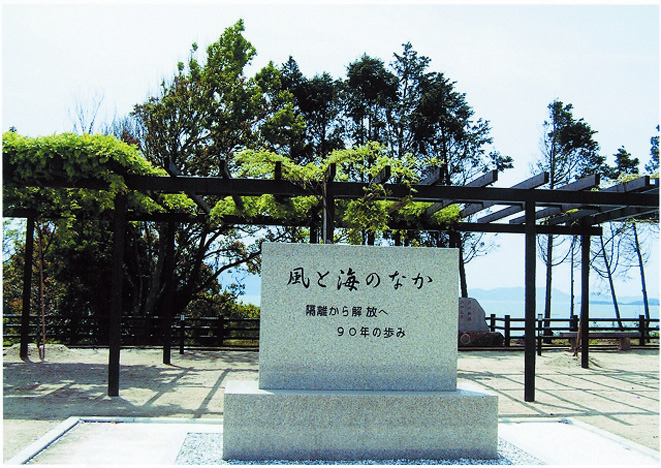 A library, Fukuibunko, was built with donations from Fukui Prefecture and stood on this site. Fukuibunko was transferred to the southern area as part of the new library named “Komyo Library” and the site made into a park, Fujikoen. A monument called “Kaze to Umi no Naka (In Wind and Sea: The History of the 90 years from segregation to liberation)” was erected in commemoration of the creation of this park on the site of the former Fukuibunko. The back of the monument has a timeline of events between 1907 to 2003.