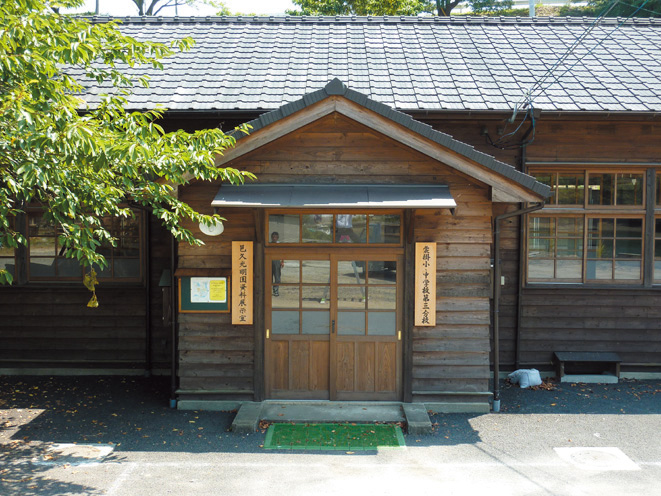 The Komyo School operated from April 1939 to 1947, and inmates served as teachers. In 1947 under the new constitution, the school became the third branch of the mainland public school, Mokake elementary and junior high school and teachers were sent there from the main school. The branch elementary school was closed in 1959 and the junior high school three years later. At its peak, the school had a total of 71 students. After 1962, the building was used as a tatami mat factory.