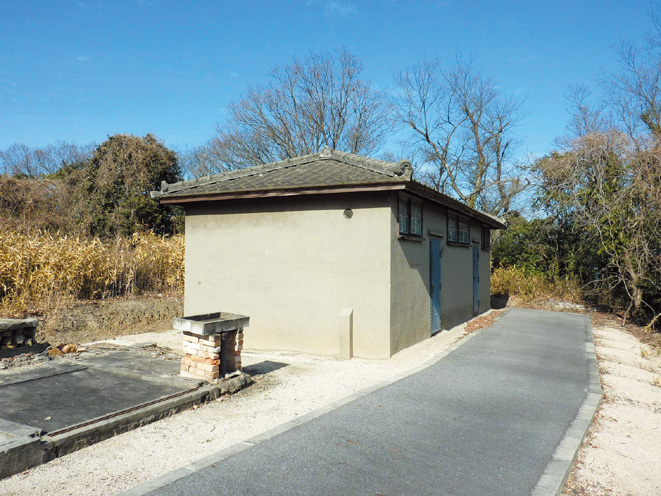 In 1916, the executive manager of the sanatorium was given the authority to arrest and discipline the residents without any judicial procedure. In1931, the establishment of the “Regulations for Discipline, Punishment and Arrests in National Leprosy Sanatoria” increased this power to include incarceration. Sometimes people were incarcerated for minor offenses such as, for example, a man who ran away after permission was denied for him to attend the funeral of one of his parents but returned of his own volition, a man who cut down only one pine tree, or a man who gambled. In those days, this area was off limits to residents and there was no road as there is today. Prisoners were brought to the beach by boat, and had to walk the rest of the way carrying their own futon for sleeping. Prisoners were given one meal a day that consisted of two rice balls, a piece of takuan (pickled radish), an umeboshi (pickled plum) and some water. Since the prisoners were not handcuffed, and the prison guards went home at night, it was possible to secretly bring them food, books, letters and other things. This jail was used from 1939 to 1953 and then deserted. In May 2002, it was restored and preserved as a historical building.