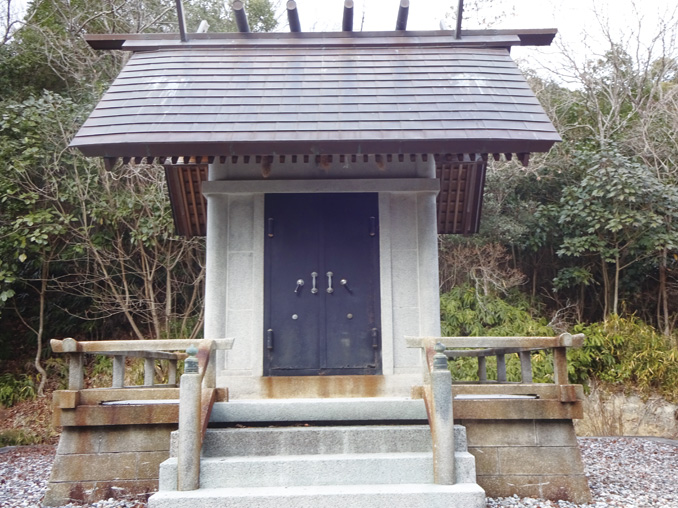 This is a facility enshrining a photograph of Empress Teimei (Emperor Showa’s mother). Empress Teimei supported Hansen’s disease patients financially and her poem is carved on Miuta Monument. On 16th July 1941, Empress Teimei donated he photo and seedlings. “The Ceremony of Enshrining the Empress Dowager’s Photograph” was held on 25th June 1943. The facility was situated on the east side of the former Central Office and erected on its foundation (about 50cm in height, 9.5m2). The facility faces south and the surrounding trees block the view in the picture.