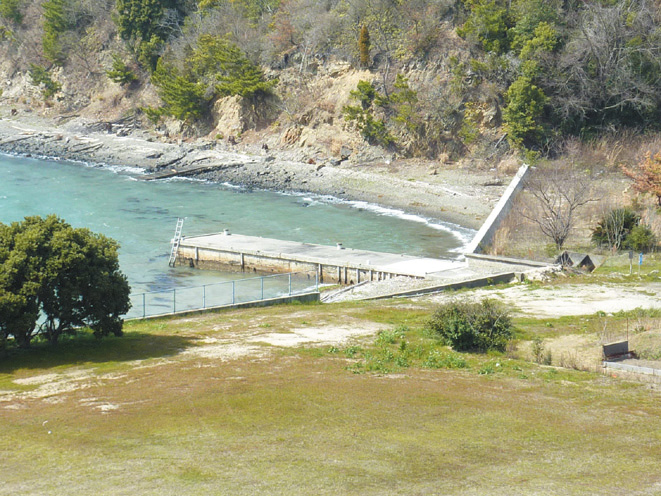 This pier was used before the opening of Oku Komyoen in 1938. The comparative deep waters of the west side of the sea beyond this pier enabled large ships, carrying the food and fuel needed to live on this sanatorium, to berth to this pier.

It was the job of the inmates to unload goods from the ship and put them on pulleys. Though powerful young male inmates worked on the job all day, it seemed to be a very hard and tired job.

There is an athletic ground to the left toward this pier. It is said that from the shore off the ground, inmates who had survived the wind and flood damage of Sotojima and had been entrusted to other sanatoria landed at newly opened Oku Komyoen.