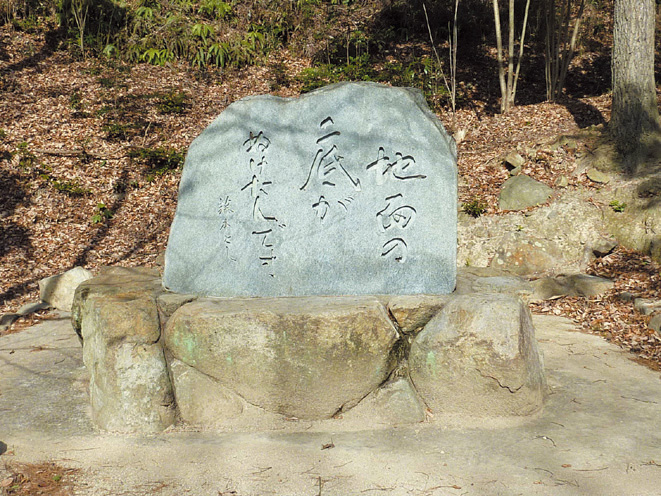 FUJIMOTO Toshi (poet, essayist, 1901-1987) was incarcerated in Sotojima Sanatorium, the predecessor of Oku Komyoen, in April 1929. After the Muroto Typhoon, she was transferred temporarily to Tama Zenshoen in Tokyo, returning to live at Oku Komyoen in July 1938. She began writing around the time she completely lost her eyesight in 1950. Other patients helped by transcribing her work. From 1955 to 1965, many of her fine literary works appeared in “Kaede”, the magazine of Oku Komyoen. In 1974, a collection of her essays entitled “Jimen no Soko ga Nuketandesu” (“The bottom of the ground has collapsed”) was published by “Shisou no Kagakusha”, a publishing company. The first edition had such a significant impact that many more editions were published. This monument was built by her relatives and friends.