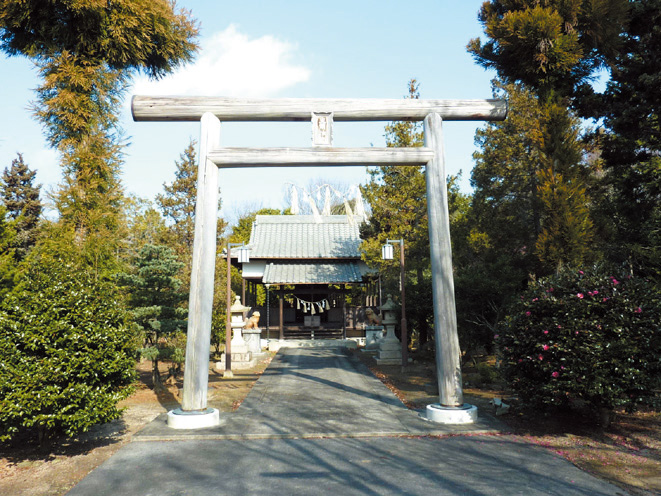 In 1940, this shrine was built in the pine woods around the eastern area of Oku Komyoen in commemoration of the 2600th anniversary of the accession of Emperor Jimmu. The enshrinement festival was held on 31 January 1941. However, the main building of the shrine was torn down by order of the Allied GHQ (General Headquarters) on 23 February 1946. On the 45th anniversary of Sotojima sanatorium in 1950 plans were begun for reconstruction, and on 22 May 1954 construction was completed in the original location, the present Miyanodan area. However, after a typhoon in September 1976 destroyed a dormitory in Yabuike, the shrine was relocated to enable construction of a residential facility for married couples with minor symptoms. Reconstruction of the shrine in its present site on a hill overlooking the entire area was completed on 25 August 1977.