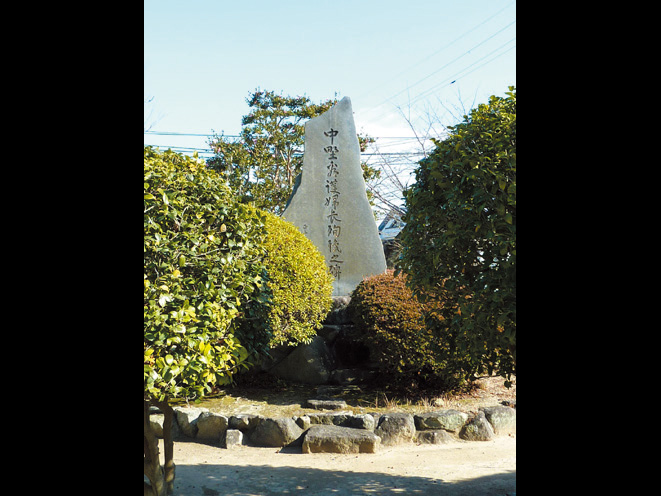 This monument was built in memory of NAKANO Shikao, a nurse who sacrificed herself trying to save inmates when the 1934 Muroto typhoon struck. The typhoon destroyed Sotojima sanatorium, the predecessor of Oku Komyoen, killing 173 inmates and 14 members of the staff and their families. As the typhoon approached, Nakano rushed to the where the most seriously ill inmates lived, trying to reassure those who were frightened by the storm. She carried those who could not walk on her back and led others by the hand to the embankment. She plunged into water to help rescue patients who had been left in the building. Just as she was leading those with visual impairments toward safety, she was swallowed a wave. Her body was found two days later. In April 1934, Nakano had just started working as a nurse of Sotojima sanatorium. She was posthumously named head nurse on 21 September and her death in the line of duty officially acknowledged.