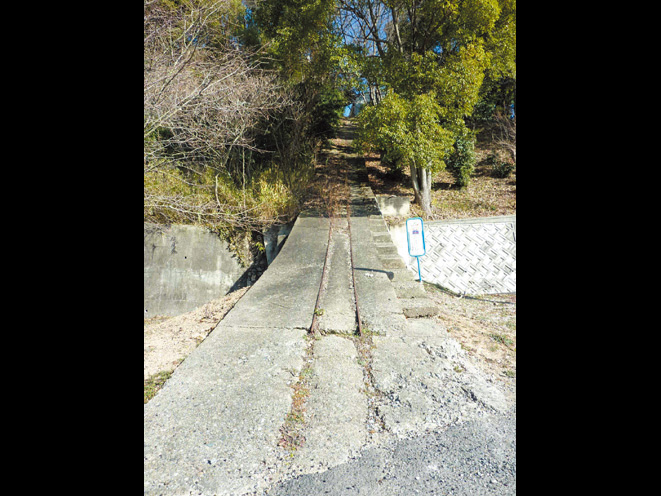 This ramp was used from the opening of Oku Komyoen in 1938 until 1973 to carry daily necessities such as food, charcoal and coal that were transported by sea. They landed at Yabuike Pier and were taken to the sanatorium. This is commonly called the ‘Trolley Track’ in Oku Komyoen.

In the past, the ramp had reached the Yabuike Pier. Pulleys loaded with goods were lifted by an electric winch and stored in the warehouse of the catering ward. It is said that inmates waited on the stairs beside the ramp, and carefully watched to ensure that goods did not fall from the pulley. The ramp was essential to Oku Komyoen.

At present, the flat part where the track once was has become inmates’ fields, and the only remaining track in the ramp. The steep railroad tracks that do remain hint at the difficulty of their job at the time.